Posted on October 12, 2013 by Ernest in Abuse Recovery 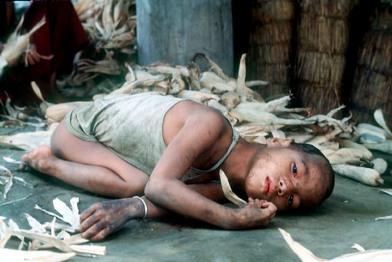 or nurture that shapes who we are. There have been many psychological studies involving twins, which try to answer the question of whether we come hard-wired as we are or whether the way in which we are raised defines who we become. The answer is always a little of both and there is still much debate over which of these two forces has the most power in developing our personalities, idiosyncrasies, or mental illnesses. Since the early days of psychoanalysis, studies have been done to determine what makes us who we are. Recently, researchers have made some progress in explaining the high correlation between childhood trauma and adult mental illness.

From before birth, our brains are constantly changing. Neural pathways are constantly being created and destroyed. However, as a child your brain is at one of its most vulnerable states. What you experience at birth, even before you leave the hospital, can change who you will become in the future. It has been shown that children who are not held, spoken to, nursed, or touched after birth are at very high risk of developing attachment disorders in their childhood and mental illness as adults. There are specific needs that a human has upon being brought into the world. The basic physiological needs include: food, water, shelter, and warmth. Having these met will likely keep a person alive but not necessarily well-adjusted, mentally healthy, or able to function appropriately in personal or professional relationships. From Maslow’s Hierarchy of Needs, it is believed that a person cannot reach a high level of functioning until the lower needs are met. It is not surprising that after the basic physiological needs are met, the next need is safety.

A child, whose brain is rapidly developing every moment, in an unsafe, abusive, or otherwise dysfunctional home has a 25% to 50% chance of developing Post Traumatic Stress Disorder (PTSD), anxiety disorders, depression, or some other form of mental illness after puberty and into adulthood. An unsafe or abusive home is one that might include verbal or physical violence between adults or toward the child. It is a home with a high level of dysfunction, lack of warmth or caring, and neglect. Children that were victims of intermittent violence such as school bullying or gang violence were excluded from the study. Current research has shown that when a child is exposed to multiple forms of abuse or neglect in their home, it not only creates a scared, angry, and confused child but the brain is changed in an irreparable way if there is no intervention.

Adults that have sustained abuse or neglect during childhood showed up to a 10% reduction in brain structures that help us cope with stress. With these parts of the brain diminished due to high stress from abuse, these children are growing into adults that have a lowered capacity to handle day-to-day stress from work, school, relationships, and life in general. This leads to a hypersensitivity to their surroundings, which can lead to PTSD, anxiety, depression, other mental illness, or overall dysfunction and difficulty coping. Children in homes that are not safe are consistently in a heightened state of fight, flight, or freeze. Because of the child’s unsafe environment, his brain attempts to always remain in a state where the child is ready to protect himself. This chronic stress response is highly detrimental, because it creates an excess of stress hormones which has a negative impact on brain cells. The result is a brain that does not learn to adapt easily and is, in essence, damaged.

Early studies of the brain scans of children in abusive homes show there are no notable difference in their brains when compared to children in non-abusive homes. It is hypothesized that the change is only evident after puberty and through adulthood. This leads researchers to believe that if the child is removed from the harmful environment and given counseling and a nurturing home, then some of the detrimental effects could be reduced. Even by reducing the intensity and duration of the dysfunction in the home, the probability of future mental illnesses can be reduced. Effective therapeutic intervention during the critical time of childhood and for some time thereafter can be an effective way to mitigate damage and help the child become a functional adult.

Dr. Tali Shenfield is a Clinical Psychologist and Director of Richmond Hill Psychology Center. She holds a PhD in Psychology from the University of Toronto and is a member of the College of Psychologists of Ontario, Canadian Register of Health Service Providers in Psychology, and Canadian Psychological Association. When she has free time from psychological assessments and psychotherapy, Dr. Shenfield enjoys writing articles for her psychology and parenting blog. You are welcome to visit her blog and follow Dr. Tali Shenfield on Twitter at @DrShenfield.