Tamara – Look Inside for Answers

Tamara was a business owner in the beauty business at the time of this interview. She had many ideas to share about how to expose children to a variety of careers, one of which included a lengthy visit to her salon.

The phrase I remember is, “Youth is wasted on the young.” As time goes on, we do get more wisdom but sometimes less energy. If you were an animal, someone asked me, what would you be. I picture a butterfly. We fly around and can be free, while still in our own head. My mom was more motivated to be good to yourself, study in school, wash your hair, be good, and be clean. My father nurtured me that I was a special person. He’s the one who can sit still and ask questions. My mom lives close by, but her visits are really brief, hello, what’s up, and good-bye. My father can visit by the hour, he’s chattier, but in a way he’s more like talking to himself. My sisters are somewhat introspective. Their lives are taken up with their own families. People have told me I’m lucky in that I have a career I love, great health, and friends. Part of it is that concept of designing your own reality. I haven’t rushed out to marry young or anything like that. One of my sisters lost her children’s father at a really young age. That’s a tough thing to go through.

I have a creative spirit that’s always been strong. What’s been really hard, though, is that something might be brewing internally, though I don’t know quite what it is. A different aspect of business might evolve, maybe something that’s still a salon, but might be more facials, massage. I might decide on a business all of my own. When you start off with something like the beauty business, it’s wise to get trained in all of it, get licensed in each aspect, because out in the business world you have to do what you have to do to earn a living or develop a business. 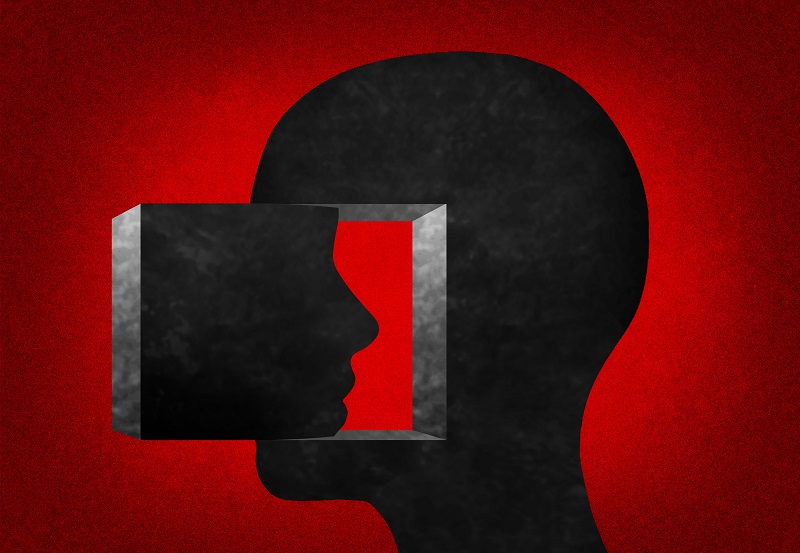 When I was younger, sometimes I looked at what kind of attitude did a certain person have, looked at how much good that one does, this one seems to be cold-hearted. I more analyzed the type of people they were rather than saying that this type of work looks cool. Then I tried to see how I wanted to fit into life in some way, for example, there were a couple of people I watched and I decided I wanted to be like them. Not necessarily for the work they do. But for their way of going about things.

I had some difficulties, my dad was alcoholic, or called that at least. What does it all mean? It’s not a black and white issue. When my mom worked, my sisters and I coped at home together. We made out okay. Didn’t lean on issues, didn’t play some of the games kids play with their parents. We were busy and just kept going. When our parents split up, we lived with each parent for a time, and lived with grandparents for a time. I just never got involved with getting in the middle or feeding into family squabbles. I learned independence instead, learned to take care of myself while still caring about my sisters. In a way, these experiences gave me strength to take care of myself.

There always should be an “up” in life, find something to look forward to, and there should be a goal to reach for. You never have to live in a way that’s bad for you, though it does require looking and deciding at times. In this relationship I recently had, we both loved each other, but something wasn’t there for the long term, for growth and challenge over the long haul in life. It took a lot to come to grips with that, because it’s nice to have someone pay attention to you. But, it’s important to trust who you are, and trust that you’re on the right track. It’s important that they trust you the same way. And trust themselves.

You have to face, at my age now, that you might be alone, i.e. without a major relationship in life. That’s really big. But, it’s important to have enough self-respect to go that way if that’s what’s needed, if that’s what your gut level is telling you. Strength comes, sometimes, out of decisions made and just going for it. Regardless and nonetheless. That whole thing, where you could go inside yourself, even before this relationship, is a gift. You have the ability to go inside and then decide. It would help people to hear this part, to read this part, because at times people don’t know that. They get beaten down and lose some part of themselves.

When I’m talking to a family member now, for example, I don’t want to dwell on the deepest issues that they really need to sort out for themselves, and I don’t want to be so shallow that I don’t care. I just try to say a few important words to let them know I am listening to them, and trust that they will do what’s best. It’s important to be an individual, to pull that out, to really look at who you are, who you are supposed to be and what you are supposed to do in life. Sometimes those difficulties in life, or traumas, can be a trigger to build strength off of. Some of those experiences may be what helps a person stand up for him or herself.

My family lived in California since I was really little, but once or twice a year we would drive the twenty-two or so hours back to the Midwest to visit relatives. I feel that in recent years my dad has settled down, has grown a lot. It’s neat to get to know him all over again. I’d like to ask him these questions that you’ve brought up for this book project. I would be interested to hear what he says at this time in his life. One thing I remember is that although I am Hispanic, I didn’t know I had brownish skin before seventh or eighth grade or even later. We came from the Midwest and didn’t have much in the way of cultural education in our immediate family. I think kids are taught in elementary school that they are this or that culture. My father’s side is partly North American Indian. Also, there’s actual Spanish, along with Italian and Irish in the family. We knew none of the Spanish language until my family moved to California. I was an adult before I really looked at this as an issue in my own life. Now I just say I’m American. I don’t let any of this get in my way. When I was younger though, and those issues started being asked about, I felt that I was neither-nor. I know my sisters wanted to belong. I really learned not to care, not to worry about it. I was just different. I learned to like myself for myself.

You have to love and respect yourself enough to treat yourself well, to give yourself what you deserve. That’s probably what keeps people on track, to give themselves self-love. To think enough of themselves to keep going, even when maybe their parents didn’t quite measure up to every ideal they [the child] may have had in mind for their family life. Everyone has shortcomings, and you just have to stick up for yourself. It’s an inner quality, an inside core that can be nurtured with the right attitude, even within oneself. Sometimes that’s basically all there is for a time in life.

It is kind of a fun image about being a butterfly. Tamara’s creative and clever ideas came across even in this shortened version of her story. Her parents obviously each gave her different approaches to life, but both in a supportive enough way for her to develop some strong ideas about self-worth at a young age. This self-worth is a core of resilience and something available for her to lean on in later years.

One thought on “Tamara – Look Inside for Answers”