The Water Horse: Legend of the Deep

Some films are simply memorable, for they capture the essence of love in its purest form. And this is so true of The Water Horse.

Set in Scotland during the Second World War, it shows the story of a little boy Angus (Alex Etel) finding the egg of a creature that will grow into a “Sea Monster” for those with a weak heart and dormant soul; but for Angus, this new life he nurtures in his home, secretly, is the best friend ever. It is not long before Crusoe, as Angus has named it, only by its look, scares those who catch a glimpse of it, and little Angus with his small team of confidants will do anything to save his friend from any harm. 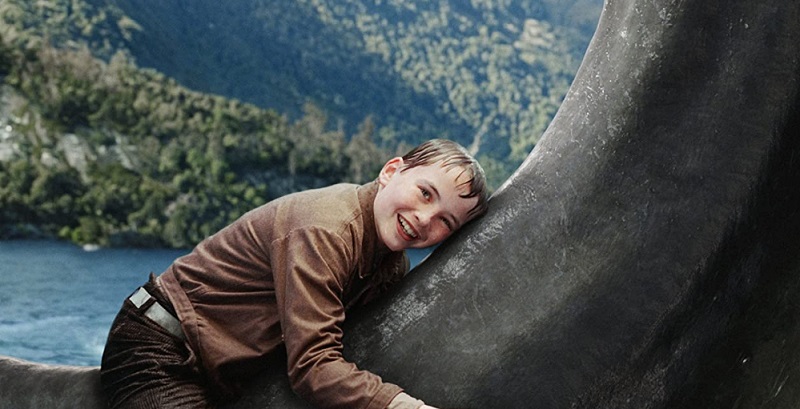 The love and that kindred human spirit we take pride in are masterfully instantiated in the bond between Angus and Crusoe. The sounds and scenery are strikingly beautiful, and the special effects notably realistic. The film strings an interesting connection to the once-popular Loch Ness Monster, showing how craving a little publicity leads away from a reality and draws one into fakery. You don’t miss seeing human ignorance and narrow-mindedness against the pure heart of a child and the universality of love returned by something that has been labeled as “terrible” without reason.

Unlike those many sci-fi films where gigantic species are life-threats, The Water Horse shows the other side of this fantasy: there is no such thing as a monster if you have love and believe in it; just open your heart unto life! No better can fantasy and film get where this heart-warming film takes us – the ride of a lifetime!