Sleeping Through the Stages

Posted on January 23, 2022 by Ernest in Psychology

Sleep is a unique phenomenon bordering on the junction of reality and fantasy, of consciousness and unconsciousness, and of the physiological and the psychological. While considered as a period of inactivity, both sensory and motor, sleep qualifies to be called a state of altered consciousness, one in which your psychological activity is not readily subject to responding to external stimuli but showing a diffused responsiveness to the set of stimuli playing on your mental screen in the form of images, sounds, and feelings. We still need to know a lot about sleep, though, by now, we know enough to distinguish the main types as well as various stages of sleep.

NREM Sleep is characterized by a relatively inactive state of eyes (very slow eye movements) with little/rare dreaming. This type of sleep prevails during most of the sleeping stages and is characterized by a dominance of the parasympathetic nervous system, meaning a more lax physical and mental state. On the contrary, REM Sleep is characterized by rapid movements of eyes along with low muscle tone and greater electrical activity in the brain (as indicated by the Electroencephalogram, or EEG). REM Sleep makes up to 25% of an adult’s total sleep duration, though in infants it makes up to 80% of the total sleep. REM Sleep is the type in which one experiences vivid dreaming. 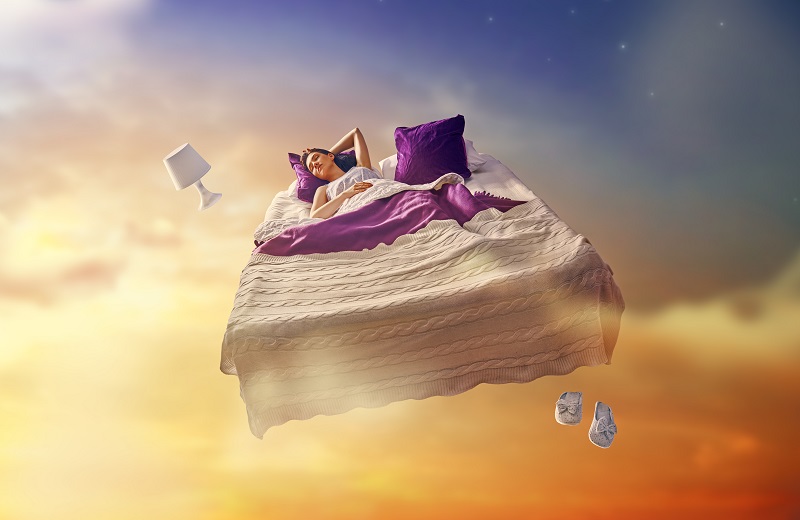 Sleep has been divided into different number of stages by different people, usually three to five. Covering all the stages from the very beginning, it can be divided into five stages, which are as follows:

Stage 1 – The Beginning: Before actually falling asleep, you often experience a transitional stage in which your brain produces slow brain waves called theta waves. This ‘dozing stage’ of sleep lasts around 5 to 10 minutes, not more than 5% of the total sleep at most.

Stage 2 – Conversion: The second stage of sleep is defined by a complex combination of theta waves and delta waves along with sleep spindles and K-Complexes (specific patterns of brain activity indicated by gradual and sudden rise in the amplitude of brain waves). During this stage, muscular activity still decreases and consciousness of external environment disappears completely. This stage makes the major part, i.e. around 45% to 55%, of the total sleep period in adults.

Stage 3 – Early Deep Sleep: Deep sleep begins with this stage, also called slow waves sleep. Making about 7% of the total sleep time, this stage is characterized by an increase of delta waves, from about 25% to 50%, in the brain.

Stage 4 – Deep Sleep: With a dominance of delta waves (over 50%) in the brain, you are now in deep sleep. This stage makes about 13% of the total sleep time and is the last NREM stage of sleep.

Stage 5 – Vivid Dreaming: Now you enter the vivid dreaming stage, dominated by the REM type of sleep. Occurring every 60 to 90 minutes, this is also known as the paradoxical stage of sleep because the brain activity and other bodily systems become quite active; yet, the muscles become more relaxed (preventing physical movement during sleep). REM Sleep stage makes up to 25% of the total sleep time in an average, grownup human.

Stages 3 and 4 have been collectively defined as a single stage of NREM Sleep, called Stage N3. It is near the end of this stage when experiences like bedwetting and sleepwalking take place. It is worth mentioning that REM Sleep duration decreases as we age.