Five Quirky, Mystical and Very Real Ways to Make Room for the New and Improved You

Posted on July 24, 2016 by Ernest in Inspirational, Spirituality

by Lee A. Eide

Even though I’m currently closer to being a Buddhist than a Christian, one can’t dispute that Jesus Christ is an invaluable source of inspiration, moral guidance and comfort for billions of people on Planet Earth. To me, his greatest contribution is to help people live in the present moment. 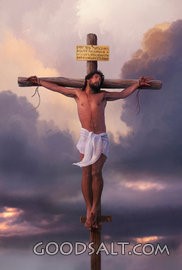 Christians are freed from living under the guilt of their (past) transgressions because Jesus died for their sins. And their love of and belief in the Holy Trinity means they need not fear (future) death because they have eternal life through the triune God. So in this sense, Jesus helps people see through the illusion of the past and future.

Why are the past and future illusions? If you reflect on it, you will realize the same event from your past (or anyone’s past) can be interpreted in different ways. Whether it’s a personal event like a prom date or an epic event like going to war with another country, once the event is over, the truthfulness, the essential nature of what happened, is not clear-cut.

Kennedy’s assassination and UFO’s are perfect examples. Different people have different takes on, respectively, who was involved in plot to kill Robert Kennedy and whether UFO’s are proof of the existence of extraterrestrial beings.

The future, whether on a personal or societal level, is even more uncertain. Meteorologists and economists have improved their accuracy but the weather and economy rarely conform to even the experts’ visions. 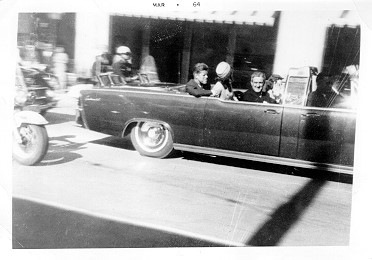 Rare photo of JFK in motorcade on day of his assassination (supplied by Scott K. Hale)

On a superficial level, the past and future are real. The past definitely happened and the future will eventually arrive but the true value of both is comprised of a series of PRESENT MOMENTS. The true excitement of life is greatest as it happens. The greater the time gap between an event and its recollection, the harder it becomes to capture the raw emotions you experienced when the event took place.

For example, when I attended an Easter Church Tenebrae service — done on the eve of Good Friday to highlight the somber nature of Jesus’ death — towards the end of service, when the only light in the sanctuary was a single candle by the pulpit, and Pastor Jim read the line, “It is done”, a chill ran down my spine. The way the pastor read the line combined with darkened church created a surprisingly intimate connection between Jesus and me that resulted in the chill I felt. Today, about twenty years after it happened, I don’t get a chill running down my spine when I recall that magical moment. Intellectually I can recreate the moment but it lacks the power and impact of the present moments that I experienced back then.

So the war between The One Life (power of the present moment) and Malignant Egophrenia (ME, as Paul Levy refers to the term he coined, see http://www.realitysandwich.com) rages on. The key is to any self-improvement effort is to realize the true, limitless, and ever-changing nature of the self. If you don’t believe you have the potential to change for the better (to achieve whatever self-improvement goal you want to achieve), then you’ve got no chance to lose weight/inches, improve your physical appearance, quit drinking, stop smoking, own your own business, etc.

How to make room in your psycho-spiritual infrastructure for the “new and improved you”:

“The greed for fruit misses the flower” – Rabindranah Tagore.

“Gratefulness is heaven itself” – William Blake

“We are not troubled by things, but by the opinions which we have of things” – Epictetus

All of these quotes reflect the Truth of Unity: We are one with both our positive and negative aspects. We accept we’re not perfect while also accepting the possibility we can make positive changes in our life by improving the quality of thoughts we allow entrance into our consciousness.

Using one or more of these methods is like going through your fridge and tossing out the stuff that’s gone bad on grocery day. You need to make room for the good stuff that you’re about to put in there. Or as comedian Stephen Wright once  said, “You can’t have everything. Where would you put it?

Lee A. Eide is the author of “Join the Spiritual Evolution: Live Beyond Your Ego” blog on WordPress and “The ‘Bad’ Path to Enlightenment:  Experience Nirvana by NOT Doing What W.W. Does” at www.gumroad.com/products/Rglbe.