Your RPI Claim: How to Document a Carpal Tunnel Diagnosis

The greatest problem in the world is ignorance, and unfortunately ignorance can often lead to injury—more specifically, 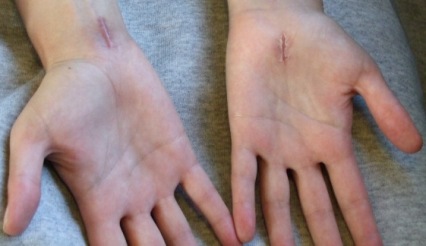 A Repetitive Strain Injury (RSI) is, as the name implies, an injury caused by replicating a particular motion with your body that places strain on your musculoskeletal system. For this reason, RSI comes under a branch of health problems known as musculoskeletal disorders. Despite the innocuous name, an RSI can be an incredibly debilitating illness which can cause severe pain and put a problematic limit on your range of motion. Those who suffer with a type of RSI often require lengthy treatment and need to give up the hobby or profession which has led to their repetitive strain injury.

If you repeatedly perform the same action with any part of your musculoskeletal system and doing so places undue strain on it, then you may actually injure that part of your body. A well-documented example is lateral epicondylitis, also known as “tennis elbow”. Those who play racquet sports often repeatedly overextend their outer elbow, which can eventually injure the outer tendons in the elbow. Similarly, tendonitis is an injury common to those whose job or hobbies involve repetitive lunging—like a basketball player. As we live in a world where almost everything is controlled by computers, many of those who type incessantly on keyboards can injure themselves from the repetitive motion of typing, resulting in an RSI, known as Carpal Tunnel Syndrome.

Is RSI the same thing as Carpal Tunnel Syndrome?

Carpal Tunnel Syndrome is the most common form of repetitive strain injury and is most common in those who use computers or type on a regular basis. QWERTY keyboards actually place an incredible amount of strain on your wrists and without proper training, it doesn’t take long for this strain to develop into Carpal Tunnel Syndrome. One of the main nerves in your hand, the median nerve, runs through a part of your wrist called the carpal tunnel. The strain of typing can often cause this nerve to be compressed in the carpal tunnel, leading to pain in the wrists and numbness in the hands. Typing is not the only cause of carpal tunnel; it is common in guitarists, waiters, and other professions which involve repetitive wrist motion.

How is Carpal Tunnel diagnosed?

If you are suffering from any kind of pain in your musculoskeletal system, especially in the wrist, the best course of action is to seek the advice of a healthcare professional. Make an appointment with your doctor and explain your suspicions and they will able to give you a better idea of what the cause of the problem may be. While doctors are better placed to diagnose RSI, some still may be unfamiliar with the symptoms and therefore the process of diagnosis can time some time—especially because the medical community does not have a consensus on how to diagnose Carpal Tunnel. If your doctor is not familiar with RSIs, you may be better served by seeking the advice of a doctor who specializes in musculoskeletal disorders. This is not only advisable to obtain a definitive diagnosis, but also to ensure you obtain the best treatment possible in order to ease your symptoms.

What should I do if I think my RSI was caused in the workplace?

The most sensible thing to do, if you believe your RSI was caused in the workplace, is to document every stage of your journey, from the initial problems to diagnosis. Services like those offered by Injury Lawyers 4U could help you with this stage; this way, if you decide later to make a claim, you will already have all the necessary evidence to hand. In most jurisdictions, your employer is responsible for protecting you from injury in the workplace and that does not just mean industrial accidents. If you work in an office environment, your employer may have been responsible under health and safety guidelines for giving you information on ergonomics and providing you with ergonomic equipment like chairs with lumbar support and wrist rests. If your employer has failed in this capacity, then you may be able to make a claim. If you think you may be in this situation, then the best thing to do is to consult a claims professional with your problem and see how the relevant health and safety laws could be applicable in your case.

Lilly Sheperd is a freelance writer and blogger mainly focusing on insurance cases and other topics related to workplace injuries.