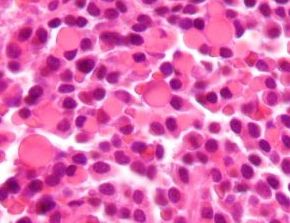 fighting plasma, and later moves into the bone marrow. The cause of this cancer remains unknown, although medical professionals strongly suspect that it’s linked to age and genetics. Older African Americans are more likely to end up with myeloma than any other group.

Given the uncertainty surrounding the cause of myeloma, it should come as no surprise that treatment is often a difficult prospect. Currently, multiple myeloma is treated with a combination of radiation, chemotherapy, and stem cell transplantation. Great gains in treatment have been made over the course of the last few years; but quite a bit of research is still needed to find more effective treatment options.

Often, multiple myeloma shows up in people who appear to be in otherwise perfect health. For example, firefighter Kevin Hunt was used to saving lives as his job. It takes a fit and healthy person to make a successful firefighter, which is why Kevin, his friends and family members were all surprised to discover his cancer diagnosis. Fortunately, Kevin was just as brave in fighting cancer as he was in fighting fires. With the help of a team of cancer specialists at IU Health, he was able to successfully battle the multiple myeloma.

Unfortunately, not everyone’s myeloma battle goes as well as Kevin’s. Actress Hazel Medina recently died from multiple myeloma at the age of 74. She was diagnosed with multiple myeloma in 2007 and spent five years living her fullest in spite of the disease. Hopefully, continued research will help to extend the lives of patients like this actress.

The wristband movement has been valuable for sufferers of a variety of diseases, including breast cancer, AIDS, lupus, leukemia, and many others. When patients wear colored ribbons corresponding to their diseases, they can gain a sense of strength and hope. It may seem silly, but a simple wristband can give patients the strength they need to keep fighting. And when they see friends, loved ones, and strangers wearing the same wristbands, they know that other people support them in their quest for recovery and a cure.

Awareness is an essential piece in the battle against multiple myeloma. Many people have no idea that this devastating form of cancer even exists. The more people who understand the impact of myeloma, the more will be willing to support patients who suffer from the disease and work hard to find a cure. For this reason, it’s very important for multiple myeloma patients and their loved ones to support each other by wearing their burgundy wristbands. 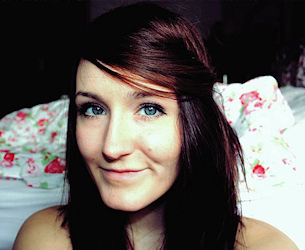 Lindsey Harper Mac is a professional writer living in the Indianapolis area. She specializes in technology and social media articles. Lindsey is currently completing work on her graduate degree.