A Year of Fulfilment: On the topic of dreams… 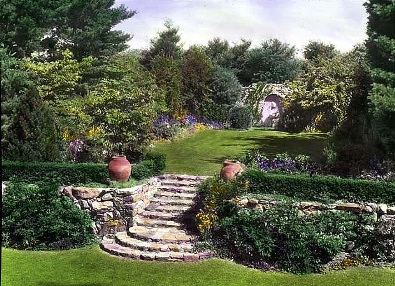 About a year ago, my editor here at Recovering The Self asked me if I’d be interested in writing what he called “a short blog post” for the website. This was after he printed a piece of mine, called Little Victories, in the magazine. I had long since learned that opportunities can breed opportunities, so I asked if I could follow up Little Victories with another piece. Of course I could, he told me, and also suggested the blog.

Dreams need feeding, like a garden. Feeding and tending. You need to work at them and you need to feed them. You need to grow them. They’re not weeds. They’re delicate. Anyone who has had their dream squashed will tell you that.

And this is why I don’t think small. I want my dream to grow and to flourish. I want to show it off to the world. I accepted Ernest’s invitation and asked him if he’d be open to a regular piece on the subject of pursuing your dreams. I chose dreams because, to be honest, that’s all I know. I’ve been pursuing mine most of my life and while it may not have worked out quite as well as I had hoped, the fulfillment of knowing it’s my dream—mine alone, and that I am making it real—is something I felt I could write about at length. Fortunately, Ernest said “Yes.”

And I immediately began to panic. What had I done? A monthly piece? On pursuing your dreams? As I drilled my head for topics, I could barely come up with one for the first month! Surely, this was the dumbest decision I had made in quite some time.

That first month, I wrote about saying “Yes” because that is what I’d done. As much as it scared me, I knew it was the right choice. Then, stuck for a topic in the second month, I wrote about being realistic. I considered how much I owed to those who supported my pursuit of my dream and wrote about the importance of support systems the following month. Soon, I was coming up with more ideas than I had time to write.

After fearing I wouldn’t have enough material to write a couple pieces… a year has passed. And writing about pursuing my dream has put me in touch with a part of myself I hadn’t known existed. I had known I was passionate and I had known I was resolved. What I hadn’t known— through all the doubt and fear that comes with being invested in a dream I never know will come true or not—was how much I believed in it, how sure I was of the importance of it. And how much I know that pursuing your dreams is something you need to do if you want to feel whole. It’s as important as air.

So, I want to thank Ernest and Recovering The Self for the past year and the opportunity they’ve provided. I’ve been inspired by those readers who have commented or contacted me and shared how important their dreams are and how my articles have helped them in some small way.

I look forward to bringing more articles to you next year as we pursue our dreams together. Next year, I want to bring things back to basics and get down to essentials and I hope you’ll join me.

In the next couple of months, I’ll also be releasing this first year of articles as a short e-book with lots of extras for a very low price so I can share my words on pursuing your dreams in your e-reader.

Thank you and I’ll see you in a month…

You can find out more about Ken La Salle at www.kenlasalle.com. Climbing Maya, An Exploration Into Success by Ken La Salle will be released on May 1st by Solstice Publishing (http://www.solsticepublishing.com/).