The Long-Lasting Effects of the 2010 Gulf Oil Spill

Posted on October 25, 2013 by Ernest in Environment 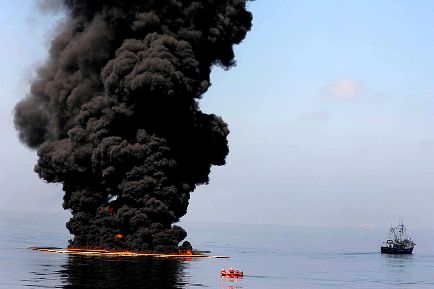 On April 20, 2010, an oil rigged owned by BP Oil burst into flames and then exploded in the Gulf of Mexico. The results were disastrous. In addition to a number of deaths, the well leaked 1,000 barrels of crude oil per day for 87 days. As the oil poured into the ocean untapped, it quickly made its way to the gulf shore killing wildlife, damaging flora, and impacting the economy of gulf states like Louisiana. Five months after the spill was capped, the federal government approximated that 6,104 birds, 609 sea turtles, and 100 mammals had lost their lives. Deep sea fishermen lost business, and may people went bankrupt. But what about the long-term effects of the BP spill? Read on for what effects are irreparable, and how long it will take to undo damages.

Perhaps the biggest ecological impact was on the coral that lives in the gulf, which are animals that have a lifespan of 500 years. After the spill, a group of researchers led by Penn State Professor of biology Charles Fisher, visited site after site to investigate the coral. Covering a 400 mile span east to west and a depth up to 6,500 feet, Fisher’s team was saddened by what they saw. As of 2011, some of the sites seem to be recovering. The sites that are improving, though, are sites that weren’t heavily damaged in the spill. Rather, the coral in these sites were covered with the oil and were slimy, but never fully died.

On the other hand, in the sites that were heavily impacted, the coral experienced total death. The team guessed that 86% of coral colonies had been damaged, with 23% of these colonies displaying more than 90% damage. Because the growth of these animals is incredibly slow, Fisher estimates that it will be at least another decade before scientists like himself can accurately assess the full level of damage to the coral, as well as a recovery time frame.

Coral is an important part of marine life, providing habitat and reproductive grounds for a number of fish, shrimp, and crabs. With the coral damaged, it’s likely that an array of species will decline in reproduction, throwing off the entire ecosystem of the gulf coast.

1,100 miles of coastal wetland were affected by the spill, causing damage to the plants, soil, and animals there. In areas of the coast where plant roots survived the impact, there isn’t estimated to be any long-term damage. However, in areas of the wetlands where the oil completely destroyed vegetation, the wetlands were converted to open water as a result of sediment erosion.

Wetlands don’t just serve as a habitat and feeding grounds for many animals; they are essential in storm mitigation. The change in wetlands is long-term, and will affect the cost of storm cleanup and prevention in the future.

While damage to coral and coastal wetlands is perhaps the most serious of long-term damages caused by the spill, there are other consequences to consider as well. The spill hit at the peak of breeding season for many fish populations, killing eggs and larvae. As a result, there was an even greater decrease in fish population, throwing off the food chain of the gulf. In 1989 the Exxon oil disaster collapsed the herring population, and 20+ years later, it has still not recovered, providing little hope for recovery of other marine life in the BP spill.

The economic impact was great, too, as a decline in economy-fueling recreational actives took a hit as much of the gulf was closed down during cleanup.

This article was provided by Charity Bailey, Environmental Studies student and sustainable consumer. If you suspect foul-play in aquatic areas, Charity encourages you to reach out to Stewart USA, who specializes in marine accident investigation for an oil spill cleanup.