Eldercare is now an established employment field wherein professionals care-givers are employed to provide care to elders who can’t look after themselves and don’t have family to care for them at home. But do these carers really care?

Earlier this month, Manchester Evening News reported the story of a British senior citizen Anthony Graham Taylor, who was placed in MonaCliffe Care facility in Littleborough (Greater Manchester) in January. Shortly thereafter, Mr. Taylor’s family started to suspect the quality of care offered at the facility wasn’t right—which is when they installed a hidden camera in Mr. Taylor’s room at the facility. What the camera revealed was shocking—insensitive verbal abuse of their family’s elder who was suffering from vascular dementia. 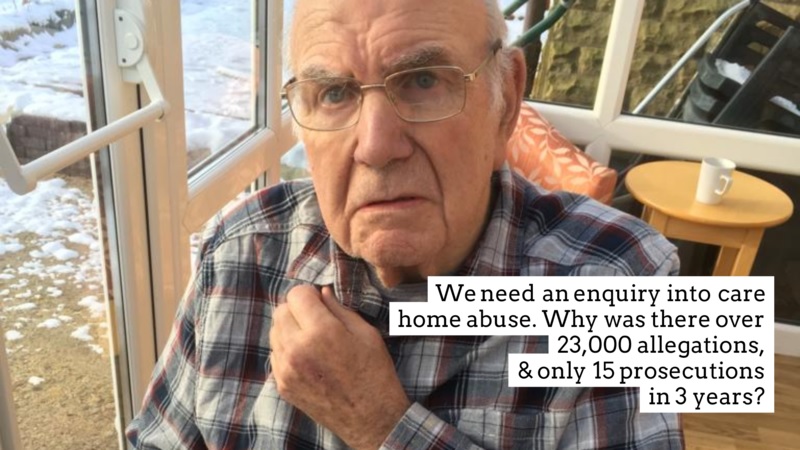 Mr. Taylor was moved out of the facility by his family and was hospitalized as he had developed large pressure sores on his back. He died on February 22. But what happened to him at the facility led his family to start a campaign online asking for reforms in the eldercare field. They want better regulation of the facilities and more thorough police investigations into complaints of abuse.

Abuse of elders in nursing homes is a serious issue and what was caught on camera installed by late Mr. Taylor’s family is likely the tip of the iceberg. The Guardian reported late last year that companies running inadequate care homes in Britain make big money.

We can expect to see more such cases should more facilities be wired and monitored secretly for evidence of abuse. At the same time, strict monitoring and oversight of authorities with prosecutorial powers can help vulnerable elders fare well in their last days and really get the care that they deserve.

For more information on nursing home abuse, check out https://www.nursinghomelawcenter.org/nursing-home-in-america.html.