Innovative Costume Designs – The Profitable Vs the Embarrassing

With Christmas only a month ahead, the focus of businesses has already shifted toward this festive occasion. Christmas 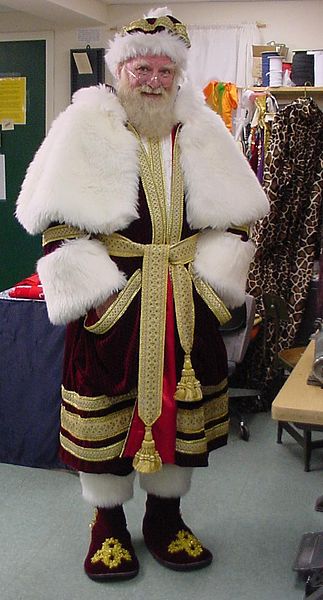 costumes are one of the leading attractions of Christmas celebrations. So what does it to create a costume – whether Christmas or other – which can win consumer appreciation for a costume and bring maximum sales?

The first step of course is great costume design. Coming up with a good design idea may not always be piece of cake; even when you are confident that you have what it takes to create an item that people would welcome, it’s advisable to consult an inventor guide to be able to make money off their innovation by the best possible means. You surely can skip the care part of the process and jump on to materialize your idea. But will it always bring profit?

Not necessarily. In fact, it may cause financial loss and even embarrassment. Take, for example, the case of some recent Halloween costume ideas. Tesco and Asda came up with supposedly marketable ideas for costumes with psycho and mental illness themes. The costumes were rushed to production for quick Halloween sales. What it led to, though, were protests and condemnation from activists and mental health groups that found it stigmatizing to associate blood and violence with mental patients. Consequently, both companies had to pull their costumes from the shelves.

On the contrary, well thought-out costume ideas can pay off and win appreciation. The key is to make them helpful. For example, let’s look at the recent invention of a body suit meant to help people who have suffered brain damage. The suit called Mollii is being launched by the Swedish KTH Royal Institute of Technology and is especially designed to provide relief from pain caused by tension and spasms experienced by people with brain damage. Med Gadget informs that Mollii comes with electrodes on its inside to target over 40 muscles in the body, helping increase the patient’s mobility. Though a lot of research goes into designing a costume like Mollii, the focus on special needs make it ultimately profitable.

Another thing a potentially successful costume design will not overlook is affordability. Designing for the well-off who are not on a budget appears tempting at first. However, this limits the designer in two ways. First, they need to have good investment – their own or from an investor – to actually produce the costumes. Secondly, the sale price will limit the range of potential consumers for the costumes.

This actually is more the case in times when the economy is in recession or recovery, and the purchase power of people is defined by their budget. Last year, Goodwill had a claim to offering “unlimited possibilities” in Halloween shopping including affordable costumes for the occasion. The Press Release from Goodwill stated that providing affordable costumes was their way of addressing the concerns about high unemployment in their respective communities.

As they say, doing good isn’t enough; making it visible matters greatly. Goodwill’s is a nice example to follow as it makes affordability visible at the community level, a strategy that worked for Goodwill; hence their claim to helping 4 million people in the United States and Canada with career services in 2011.

For good costumes to draw positive attention, they need to have a catchy design and serve a much-felt need, be it the special needs of patients, children, or an average adult in times of financial strain. Both these elements are part of visibility, which leads to good marketing potential. Without these, the attempt at design may turn into embarrassment, financial or other.