Posted on March 18, 2019 by RTS Editor in Anxiety and Depression

Mary Ann worked as a high school science teacher on the residential center campus. She was a positive influence on all who were around at the time, full of grit and resolution to solve problems as they arose. She did this all while teaching science, keeping displays on hand throughout her classroom with invitations to all the classes of younger children to come visit whenever possible. The horse skulls, various plants, jars of questionable and wonderful ingredients made for a lot of “oohs and aahs” among the younger set. Mary Ann offered friendship and a listening ear to many of the adults in her work life throughout that time. This story is in Mary Ann’s own words. Please note that any sections enclosed with brackets […] denote places where the author filled in with storyteller’s information for clarity, but not as an exact quote.

[My younger daughter] continued to use drugs throughout the whole time [in the drug rehab program, which went on through part of high school.] Then in August, she had a car crash and a skull fracture. She lost her ability to read although she could write. [After two surgeries], she went to home schooling for about six or eight weeks and then returned to school as a senior. Ultimately over the next four or five years she got back some of the concentration, and some other abilities. She got herself pulled together. [As a result of her pregnancy within a violent relationship], I would go and get the baby all the time and bring him home and have him with me at my house. I concentrated on the baby and not so much on her any more. The important time was when she decided she needed to do something for herself. That was the major turning point. At this time the stress level for me became way less. I didn’t have to worry about rescuing my grandson from the situation all the time. By the time she took her son back, he had been living with me for two solid years. 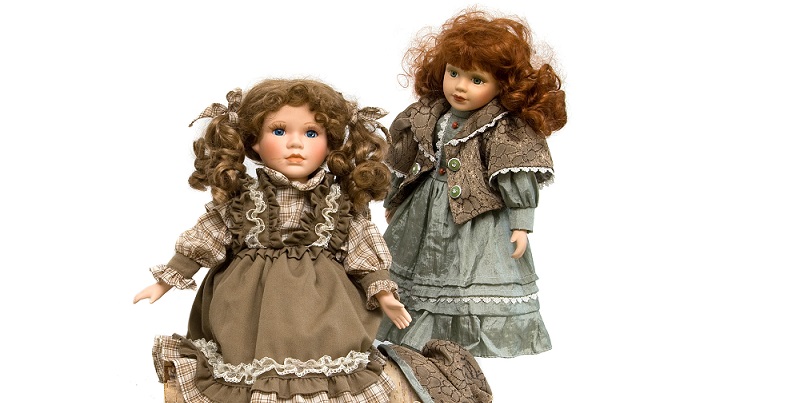 My older daughter, a super-bright person, had moved to Spain around age twenty-one or twenty-two, gotten a couple of roommates, spoke Spanish fluently, and had been there for a year. I had gotten a call from a boy she went to high school with, telling me that I needed to get in touch with her, that there was something really strange going on. Then I received a call from the father of one of my daughter’s roommates, telling me that my daughter was in crisis. Then I got a call from the hospital telling me that she indeed was in the hospital, was sedated, and had tried to commit suicide. All this occurred between the time my younger daughter left home and her son came back to stay with me long-term. I was in the middle of my master’s program at the time. The [hospital] report says she has paranoid-schizophrenia, and is on Haldol. She was a zombie and I was in shock. It was like the lights were on and nobody was home. In two days, I was supposed to fly home with her. They were releasing her to me with this little report. It turns out that she was hearing voices; she thought her roommates were after her and that the CIA and FBI were chasing her. That is what happened to her.

As a kid my older daughter was a long-distance runner, she was one of the top-ranked runners in the state, an “A” student, very successful in school, very friendly, very popular. She spoke Spanish, was very independent, wanted to do her own thing, this was like a mother’s dream. Suddenly, there comes this moment and it’s not there. I would have loved it if she had decided to take her meds right away and become a functional person, which she is now. She is still bright, but I have to accept that she is not going to be like she was.

Maybe part of the survival for me was that I felt I was taking some control of the situation by taking my younger daughter to the drug program. I would work out. I would leave work and go to the gym, then pick her up and go to the drug program. I couldn’t deal with any of it at work, and I was able to separate it out. My life was so structured at that time. When I was at work, I was the teacher. When I left, I did the other things. My life was so structured there was a part of it that was just moving from one place to another. I did have some stomachache stuff, my life was really stressful.

Maybe my life was just so hectic for all that time that I didn’t notice all that was going on. But you know, I was making phone calls and I was so in it that it stresses you out but you just hang onto the things you can hang onto and you keep going. I can think back on times that were really depressing, but I don’t think of my life as depressing all that time. I’m not a depressed person.

My life was so full of stuff I had to take care of; it was hard to take time out to cry or to get all upset over it. I had physical stuff that happened to me, stomach problems, cold sores, weight loss, and just those things that happen when your stress level gets really high. I’m also the kind of person that doesn’t show it much on the outside, so it’s going on in the inside, I’m really stuffing it inside, churning it around and eventually working on it.

That process really does work for me to internally chew through things. I can remember one time when I was gardening in the back of the house and I was just totally crying. My younger daughter came around the corner and said, “Stop that, why are you crying.” She didn’t want to think that she was the cause of these tears. Gardening is an opportune moment for yourself, no one around, no therapist to have to talk with, it can be a great moment for letting things out and healing.

At that particular moment, it was right to cry. There are other times I remember when I was alone, I could more readily let out the emotions, the tears. When I’m alone that’s my personal best way of dealing with things. I did have a couple of friends to talk with at the time. There is one aspect, [taking action], and it’s a part of coping, of survival. Coping mechanism is quite accurate, that’s exactly what it is. You’re just doing the insurance etc. because it takes your mind off of this other part, which might be too overwhelming to deal with until sometime later. It’s an essential tool to be able to tuck certain issues away while you go to work, cook a meal etc. A fellow teacher and I have talked about this a lot. While she was going through issues with her dad, she’d use lunch time to make calls or talk about developments. But during her teaching time, those issues were gone, and you pull yourself back to the kids and lessons at hand. It’s critical to be able to do so, and to do so competently.

I was taking around the daily grades the other day, and a little girl was coming in with a social worker. I was walking up the walk-way behind them, close enough to hear parts of the conversation. The social worker pointed out one of the cottages and told the girl that her younger brother would live there for a while, and that she and the social worker would talk about where she was going to live later. The social worker went on to point out where the girl would eat her dinner, and the fact that her sister and brother would eat at the same time she does, so she’d get to see them and visit during mealtimes as well as during other parts of the day.

I was thinking, oh gosh I could never do this if that’s the part I had to take care of. It’s one thing being a science teacher, it’s quite another to help someone cope with life when they’ve been torn away from home. But also, I think, what I do here is important and we can hope it influences one or even more in any particular group that comes through. We can hope. I think it plants a seed, and if you put your arm around one who’s having a bad day that day, it might make a difference. Maybe my attitude in life is kind of like that here, too. You do what you can do, you make a difference where you can and how you can. You can’t do it for everybody all the time, you have to back away, and you can’t take it too personally.

One of Mary Ann’s resilience tools was the ability to put one foot in front of the other and keep moving forward, whether for an insurance company call, a doctor’s appointment, or her return to school. In her case, the return to school paid off in economic means, provided a model for other family members, as well as personal challenge and satisfaction.