Understanding Addiction: When It Isn’t Just a Choice

The word “addiction” is surrounded by a myriad of myths and misconceptions, and research as to why and how addiction starts is constantly evolving. There is still a great deal that we don’t know about addiction, and it can be extremely difficult to dissect just how a loved one’s drug or alcohol addiction started. Some hear the word “addiction” and assume that it’s merely the result of bad choices, but usually the causes are much more complex and nuanced than that. In an effort to better understand addiction and how it can start, here is a look at some of the most common factors that contribute to the development of an addiction. 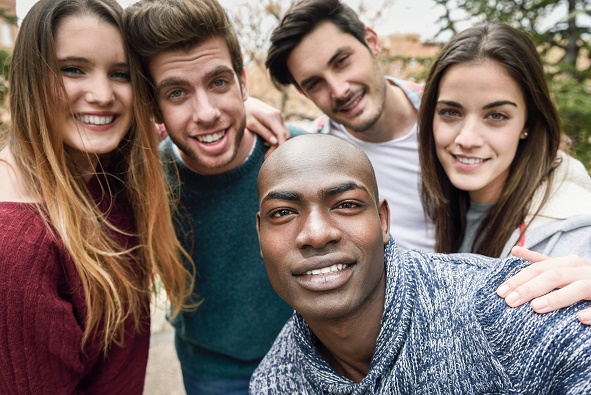 It’s true—some people are simply more prone to developing an addiction than others, and this can be linked in part to genetics. According to this article, your genes can actually make you more or less likely to develop an addiction. Children of people who have struggled with a substance addiction, for example, are estimated to be at eight times more risk for developing a substance addiction. Organizations such as the American Psychological Association also consistently report that about 50 percent of addiction risk is genetics, while the other 50 percent is personal behavior. People who are more genetically predisposed to addiction tend to experience a stronger euphoric response to drugs, a decreased ability to feel the negative responses to drugs, and a quicker reaction to drugs. These are all things that can make a particular drug seem more attractive, or make overcoming addiction to that drug much more difficult.

Mental illness is another big one, and it can take on many forms, including depression, anxiety, bipolar mood disorder, and an eating disorder. In fact, according to the Journal of the American Medical Association, roughly 50 percent of people with a several mental health disorder are affected by substance abuse. Moreover, about 37 percent of alcohol abusers and 53 percent of drug abusers have at least one serious mental illness. And out of all people who are diagnosed with a mental illness, about 29 percent abuse either alcohol or drugs. Why such a strong link? It could be due in part to the stigma that still surrounds seeking help for a mental illness, and to how some people with mental illness use drugs or alcohol as a form of self-medication.

Even if you’ve never been diagnosed with a mental illness, trauma can be a major contributing factor in the onset of addiction. Anyone from any walk of life can be exposed to trauma, and the trauma itself can stem from a variety of sources. Physical abuse, sexual abuse, verbal abuse, neglect, accidents, natural disasters, violence, and terrorism can all be root causes of trauma. As with mental illness, those who suffer from the lingering effects of trauma may seek solace in drugs or alcohol.

Personality can come into play as well, as some personalities lend themselves more readily to addiction. People who are impulsive, are risk seekers, or practice poor self-discipline, for example, could be more likely to use drugs or alcohol without fully weighing out the possible negative consequences of doing so. In addition, people with difficult temperaments could be more likely to use because it is more difficult for them to maintain friendships and connect with others.

On a related note, social dynamics can come into play as well. Teens who abuse drugs often began using, at least in part, in an effort to fit in with friends and particular social groups. Adults, meanwhile, are heavily influenced by those they live with or have strong relationships with.

Maurine Anderson originally hails from Washington, DC, but is now enjoying life out west in Salt Lake City. She is a professional writer and blogger who in her free time loves to create new cake recipes, travel, and practice her hand at photography. She tends to geek out over linguistics, cats, and all things Scandinavia.