The Truth about Inhalants

Posted on February 9, 2012 by Ernest in Addiction, Environment, Health 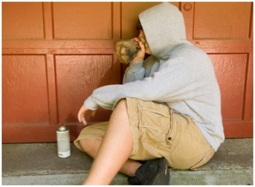 within arm’s reach of their children. However, most average US households allow children access to plentiful supplies of substances just as dangerous, and even easier to abuse—inhalants. Unfortunately, many parents are not aware of this potentially deadly use of common household items or by the time they are, it is often too late.

Inhalants can take the form of liquids, sprays, or gases. Examples of products used for each type of inhalant include:

There is a fourth type of inhalant in a special class of its own because it acts directly on the nervous system. These inhalants are called nitrites and are referred to as “poppers” or “snappers” by those who use them. Often used for sexual enhancement, nitrites are found in room deodorizers, leather cleaners, and also happen to be found in many foods as a preservative.

There are many slang terms used both for the act of abusing inhalants and for the inhalants themselves. The most common term for inhalant use is “huffing”, but it can also be referred to as “sniffing”, “bagging”, or, “dusting”. The list of slang used to refer to inhalants is quite long, but some of the more common terms include: air blast, aroma of men, bullet bolt, buzz bomb, chroming, discorama, glading, hippie crack, moon gas, poor man’s pot, Satan’s secret, Texas shoe shine, and whippets.
Who’s Using

Inhalant abuse is not new and unfortunately is on the rise. Preteens and early teens seem to be the main demographic using inhalants. According to a recent publication by the University of Virginia Health System, by eighth grade, one in every five kids will have used inhalants, and among 12-year-olds, inhalant use is more common than marijuana, cocaine, and other hallucinogens combined. A disturbing statistic released by the National Institute on Drug Abuse (NIDA) reported that in 2008, nearly 5 percent of girls between the ages of 12 and 17 had used inhalants to get high. This figure was up from 4.1 percent in 2002

Accurate statistics about deaths from inhalant abuse are often difficult to come by because the deaths are in many cases erroneously reported as accidents or suicides. Families do not want the stigma of addiction or substance abuse to be attached to their child, and the child’s friends do not want to be caught. As a result, suicide is a more willingly accepted cause of death and the inhalant abuse goes unreported.

The easy access to legal products makes using inhalants an attractive option for kids looking to get high. However, kids usually have no idea of the risks they are taking and are unaware of the long-term effects inhalant abuse can have. It is a fact that using inhalants can cause death—even with the very first use. Foundation for a Drug-Free World reported that among inhalant users who died of Sudden Sniffing Death Syndrome, 22 percent were first-time users.

If a child using inhalants is lucky enough to survive, the short and the long term effects of that use can be devastating. Short-term effects can include a numbing feeling, inability to reason, loss of consciousness, convulsions, seizures, heart failure, suffocation, and even coma. Long-term effects are less obvious but are still deadly. As the inhalants are distributed throughout the body through the lungs and into the blood stream, the heart and lungs as well as the kidneys and liver can be damaged in such a way as to mimic the symptoms of multiple sclerosis. Other long-term effects include addiction, loss of balance, memory loss, impaired hearing and sight, as well as impaired cognitive ability.

What Parents Can Do

Parents can help protect their children by educating themselves about the signs of potential inhalant abuse and by watching for those signs. If a child exhibits sudden behavioral changes such as increased moodiness or unprovoked rage, these are warning signs that should not be ignored. Other possible signs include failing grades or a change in friends, red or watery eyes or nose, mouth sores, loss of appetite, an inebriated demeanor, or a chemical smell on the child’s breath or clothing.

Most importantly, parents can make all the difference by talking to their kids about inhalant abuse. Kristin Wenger, public education coordinator for the University of Virginia offers parents advice on the best way to educate their children about inhalants. Wenger stresses the importance of focusing the conversation on how important oxygen is to our brain and the rest of our body, and then explaining the consequences when our bodies are deprived of oxygen. 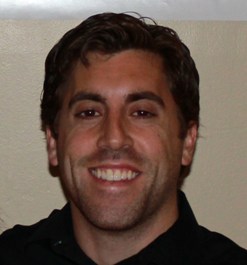 Gregg Gustafson is a freelance writer and consultant for Drug-Rehab.org. Gustafson works with individuals who suffer from alcohol and drug abuse, in turn referring them to some of the most prestigious drug and alcohol addiction centers active today.