Drug abuse and addiction tend to be associated with street drugs and club drugs, such as cocaine, heroin and methamphetamine. It’s easy to think of prescription drugs as separate and safe because they are legal and come from the medical industry. A survey of teens showed that about half thought of prescription drugs as considerably safer than street drugs, according to the Foundation for a Drug-Free World. But prescription drugs have long been a major cause of addiction and overdose, and the problem continues to grow to a serious level that’s greatly affecting society as a whole.

The Prevalence of Prescription Drug Problems

The Department of Health and Human Services, or HHS, states that 2014 (the last recorded year) had higher amounts of drug overdose deaths than ever before recorded. Also, more people die from an overdose from opioids, depressants and antidepressants than from heroin, cocaine, amphetamines and methamphetamine taken together, according to the Foundation for a Drug-Free World. 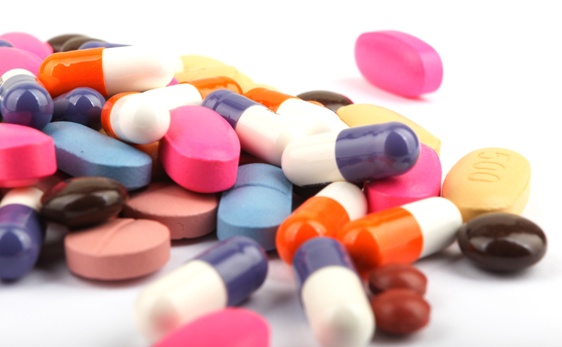 Prescription drug abuse is by no means just a problem in our country. Across the globe, somewhere between 26.4 and 36 million people engage in opioid abuse, according to the 2012 World Drug Report, and that’s just one type of prescription drug.

In reality, many people don’t take opioids or benzodiazepines, but instead they take both. The combination creates an even more risky situation that can include overdose death. People also create dangerous situations by mixing prescription drugs with other substances, including alcohol.

Stimulants, mostly prescribed for attention deficit hyperactivity disorder, are another type of drug that is abused. People can abuse other types of prescription drugs, but the most prevalent prescription drugs of abuse are opioids, benzodiazepines and stimulants.

The opioid drug class includes heroin and opioid prescription pain medications, including oxycodone, codeine and morphine. In the United States, we currently have an opioid epidemic. HHS cites that overdose deaths that include opioids have increased close to four times from 1999 to 2014. Also, HHS says that on average 78 people die every day in America of an overdose that includes opioids.

Opioids prescriptions went from 76 million in 1991 to close to 207 million in 2013 in the United States, according to IMS’s National Prescription Audit and Vector One. The CDC has provided guidelines in March 2016 that attempt to control the prescribing of opioid drugs. It is voluntary for doctors to follow the guidelines, but the Wall Street Journal says they recommend that doctors use tactics such as lower doses and fewer days for opioid prescriptions, and that doctors should try alternatives such as physical therapy and ibuprofen.

However, a related problem with prescription opioid drug addiction is that it has led to more heroin use and addiction, as well as deaths involving heroin. The National Center for Health Statistics Data Brief showed that four out of five people who started using heroin from 2000 to 2013 transitioned from the misuse of prescription pain medications. People who start drug abuse or addiction with opioid prescriptions overwhelmingly discover that heroin is easier to get and cheaper than opioid medications.

So as the medical industry tries to control the prescription problem, people may just continue to turn to illegal means of gaining opioids, whether illegally obtaining opioid prescription drugs or switching to heroin. Since the problem can progress so easily, doctors are urged to seriously think about whether to give a patient his first prescription to opioid painkillers, which could easily lead to the path of addiction or overdose.

The opioid problem, including prescription pain medications and heroin, has become such a problem to the United States that the House passed bipartisan bills in May 2016 in an effort to fight the abuse and addiction of these drugs. USA Today says that the bills included measures such as starting an interagency task force to work on better doctor guidelines and funding a variety of services that would help support addiction recovery, care for the babies of mothers addicted to opioids, fight drugs from entering the country and work to solve the problem in other ways.

Benzodiazepines, or benzos, make up another group of prescription meds that have become a major problem for the country and across the world. These drugs are often prescribed for anxiety, trouble sleeping and various other mental health concerns. They are meant for short-term use, but are often prescribed and taken over longer periods of time, which has helped facilitate a problem with addiction. Further, doctors tend to overprescribe these medications when they should not always be the course of action taken.

Many professionals are concerned that the current benzo problem will be overshadowed by the opioid epidemic, even though the benzo problem is equally important to focus on. Just like opioid abuse, benzo abuse has risen significantly. The number of people admitted for abusing benzos went up about three times from 1998 to 2008, according to the 2011 Treatment Episode Data Set, or TEDS. Since most people who have a problem with drugs do not seek help for it, the problem of benzodiazepine abuse and addiction is even more pervasive.

Information from the Centers for Disease Control and Prevention shows that while opioids played a role in about 70 percent of deaths from prescription drug overdose in 2013, benzodiazepines also played a significant role with their involvement in close to 30 percent.

While opioids and benzos are the most problematic prescription drugs in our society, stimulants also lead to addiction for many people. The legitimate medical purpose for this group of drugs is for attention deficit hyperactivity disorder and narcolepsy. People abuse or become addicted to Adderall, Ritalin, Concerta, and other prescription stimulant drugs.

Stimulant abuse can lead to addiction and withdrawal symptoms. Taking too much of these drugs can cause dangerous effects that include an irregular heartbeat, an excessively high body temperature, seizures and heart failure, explains the National Institute on Drug Abuse.

A study done by the Partnership for Drug-Free Kids found that prescription stimulant abuse “is becoming normalized among current college students and other young adults.” They use these drugs to try to handle the combined stress of school work, social and family demands, and work. The study discovered that 20 percent of college students and 15 percent of non-student young adults have abused prescription stimulant medications once or more.

Overall, prescription drug abuse and addiction have become a major problem for our country and world. They have resulted in dependence on drugs, a significant and ongoing amount of overdose deaths and the many issues that center around addiction, including health, financial, work, family and other problems.

The American government and the health industry are working on solutions to make our country as a whole less dependent on dangerous and addictive prescription drugs. We’ll see if these measures make any progress to change the problem and the perspective of 37 percent of Americans who expressed in the 2013 Pew Research Center’s national survey that they thought the nation was losing ground on the problem of prescription drug abuse.

Dr. Dina Macaluso’s journey toward a career in psychology began in 1990. Since then, she has dedicated her life to helping people recover from addiction and mental health issues. Dr. Macaluso holds a doctorate degree in psychology, a master’s degree in sociology and marriage and family therapy, and a bachelor’s degree in psychology. She is licensed in the state of Florida as a mental health counselor. Additionally, Dr. Macaluso is working on her certification as an addiction counselor. She currently is the Clinical Director at Lumiere Healing Centers Florida Location.