Path to Addiction: Do You Know What Your Kids Are Up To?

Kids do stupid stuff, we all know that.  But technology allows kids these days to do even stupider things that make the underage drinking of the 1980’s look like a joke (although it does still happen, this blog states that 38% of high school seniors report using alcohol). Youtube is full of how-to’s, including how to get high using (mostly) legal means, as well as other tutorials on how to engage in dangerous yet exhilarating activities. Below are ten things that teenagers are doing these days that you should be aware of if you have kids of your own. We all know addictions can start in the smallest of ways so the more informed and proactive we are the safer our kids will be. 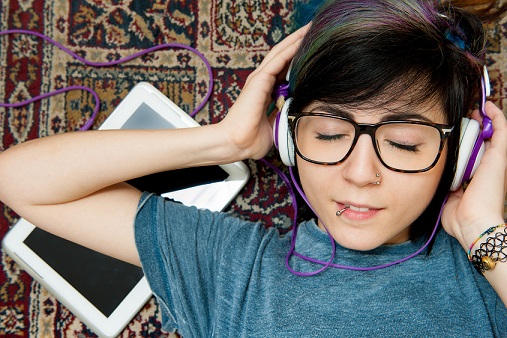 I-Dosing is a form of “digital drugs” that can give you a high similar to narcotic drugs. Repetitive pitches affect the brain, causing dangerous physiological effects. Many downloads are free and easily accessible, so kids don’t see the harm in trying them out. However, many of the sites lead to drug paraphernalia, and experimenting with I-Dosing can lead to experimenting with other drugs. Also, many of the downloads contain viruses that can harm your computer.

Due to the anonymity of the internet and the ease at which information can spread, cyberbullying has become more and more prevalent. Nearly 43% of teens have been bullied electronically, and it can happen any time day or night, as we are consistently with our electronic devices. Kids can post embarrassing pictures, videos, or harmful comments online without much consequence, as they never see the direct effects of their schemes. Teenagers say that it is easier to get away with cyber bullying than it is to get away with bullying in person.

ChatRoulette is a site that allows you to connect with strangers across the globe instantly. You are randomly assigned to another user and you can start a chat or webcam conversation. It is meant for adults, but you can easily lie about your age. As they say on their site “We have no restrictions about what you show on camera, as long as it’s legal.”

Purple drank is a dangerous mixture of cold medicine, jolly ranchers, and soda such as Sprite or Mountain Dew. Unfortunately, Purple drank has become popular in media and music, and teenagers don’t see the harm in taking prescription medication when it is not needed. The substance is addictive, dangerous, and can lead to hospitalization or death.

“Planking” is lying flat like a board on top of a surface and taking a picture of it. In most cases, planking is pretty harmless, but it can lead to serious harm or illegal activity. Some kids try to one-up each other by posting more dangerous or interesting planks, and there have been reported injuries and deaths due to planking (one young man fell off a balcony to his death while planking, winning himself a Darwin Award).

Vodka Eyeballing and Other Ways to Get Drunk

A new and dangerous trend involves pouring vodka into one’s eye socket. While this can get you drunk pretty fast, it can burn the cornea and potentially cause blindness. Other “get drunk quick” methods include: distilling hand sanitizer, alcohol infused tampons (and sticking them into your anus), vodka gummy bears, and alcohol snorting. Teens will use these methods so that they can’t “technically” get busted for drinking alcohol.

The choking game or fainting game is an activity where a teenager’s friends cut off oxygen to their brain until they induce a temporary state of euphoria and hypocapnia. However, sometimes kids go too far and accidentally leave their friends with brain damage or sometimes accidentally kill them. The challenge is nothing new, but due to social media, it has become more widespread and they might get new ideas on how to take the game to the next level with ropes, nooses or scarves.

Pornography can be accessed at the click of a mouse, and there are ways around even the strictest firewalls. The war on pornography is nothing new, but the problem has only become worse. In 2010, statistics showed that 93% of boys had been exposed to pornography by the time they were 18, and 62% of girls. Pornography is addictive and can ruin a young teen’s ability to form positive sexual relationships.

“Pharming parties” are where a group of teens get together to do drugs that they stole from their parent’s medicine cabinets. Everyone is responsible to bring a bottle of painkillers or prescription medications, and then the group puts the pills in a large bowl or bag. Each person draws out a designated number of pills and downs them, often with alcohol. These parties are especially dangerous because the drugs are mixed, causing unknown effects and possibly death.