Posted on November 14, 2020 by RTS Editor in Addiction

November 8, 2016, my husband, Kevin, left the house super early that morning so he could stop at the library to vote for the U.S. President before going to work. I figured it was going to be another quiet day for me and the dogs. I was wrong!

About ten or fifteen minutes into my solitude, the phone rang and rang and rang. I’m visually and hearing impaired. I don’t answer the phone unless mom is calling. I waited to hear the message on the machine. None was left. I blew it off. Five minutes later, it began ringing again. The caller was Dad. Kevin and my father were close. Dad called often. But Kevin wasn’t home, and it was awfully early for a social call. I didn’t answer. I decided to send Dad a text telling him Kevin wasn’t home. I opened my e-mail folder. To my surprise, there was one from Kevin. I read it. I didn’t understand. “Michael Dens died. On my way home.” Who was he talking about? I didn’t know anyone with that name.

I decided to e-mail Mom. “What is Kevin talking about?” I asked. “Who died?” Then she told me. The bottom just completely fell out. My very handsome, wonderful, all-around athlete nephew, Michael Sena, had died from a drug overdose. He had been fighting the battle of addiction for a few years. He did great every time he went into rehab. But they always let him out too soon and the problem repeated itself. He was too normal a kid, they said. He was always trying to help someone else get off their addiction. 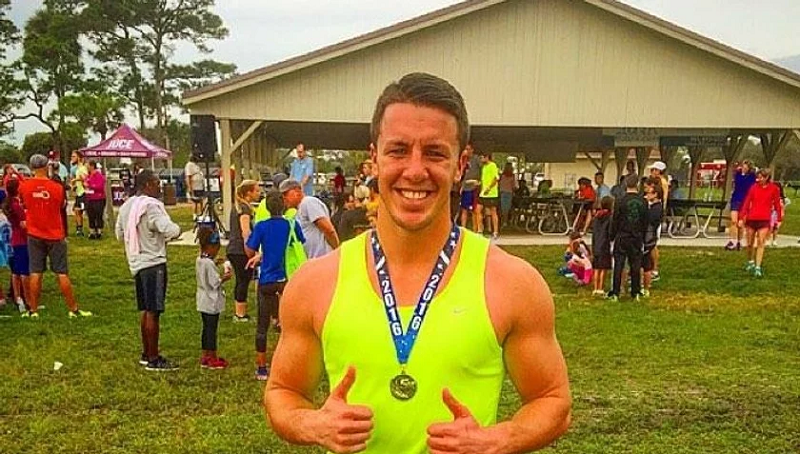 Mom wrote that she would call me in five minutes. I dove for the phone before the first ring was finished. She repeated what she told me in the e-mail. I kept saying that it wasn’t true. Stupid thing to say! I asked how my sister was. That was another stupid thing to ask. How would any mother be under the circumstances? I wagered that she had to be angry.

October 22, 2017, hundreds of people gathered at the Deer Park High School in Deer Park, New York for the first annual Michael Sena Memorial Fund Run for Hope drug awareness race. It was hosted by Michael’s mother, Barbara, and approved by the Township. Orange cones were set up around her neighborhood to mark the route of the three-point two-mile race. There was an official start and finish line at the high school, a live band, t-shirts and sweatshirts to purchase, food, giveaway knickknacks. Kevin and I were at Barbara’s house, the first one-mile checkpoint. I never saw so many people run past the house in shorts and T’s in late October.

Barbara has been on radio and TV telling her story. She’s been given awards by the Town for her work on the Fight Against Drugs, and a Long Island Business News award for the Top 50 Women in business in which she talked about her advocacy for drug awareness after her son Michael’s death from drug addiction. She sponsors several worthy drug addiction entities including Hope House, a residence on Eastern Long Island for recovering drug addicts.

October 2018, Dad goaded me to walk in my sister’s drug awareness race using my walker. I made it one mile.

2020, because of the pandemic and New York State regulations, the largely attended Michael Sena drug awareness race couldn’t go on as usual. It was a virtual race this year. We were asked to wear our Memorial Fund t-shirts and walk on our own, take pictures of this and post them on Facebook.

We can’t bring Michael back, but we can fulfil his dream of helping others break the horrible addiction. Visit the Michael Sena Memorial Fund at https://www.michaelsenamemorialfund.org.

Trish is the creator of the Tracy Gayle mystery series, Tidalwave, Stiff Competition and Ratings Game. She also writes short stories, poetry, creative non-fiction and articles. She is a graduate of Long Island University’s Southampton Campus and has a bachelors degree in English-Writing. She lives with her husband, Kevin, and dog, henry, in Northeast Pennsylvania. Her website is https://www.dldbooks.com/Hubschman/.