Driving in Traffic Can Be a Challenge

Posted on December 24, 2015 by Ernest in Mindfulness

Driving in traffic can be a frightening experience for most folks, and especially for some who are older. I live in an up-and-coming area in the suburbs of a big city in a lovely bedroom community. Most young families with children living here have a late-model car and a lovely new home purchased at lower rates. But the big drawback for many is the commute by freeway for an hour or so back into the city for employment. 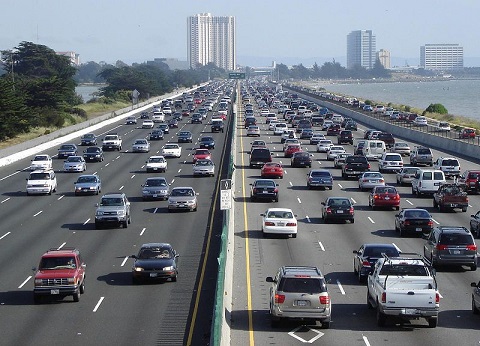 Traffic is usually heavy, as mothers are busy driving SUV’S packed with children to and from school, and in the afternoons, to and from, after-school activities such as soccer, gymnastics, music lessons, etc., etc. During the day, they are busy shopping at the market or the mall or trying to squeeze in a game of tennis with a friend. Often times, they can be seen chatting on their cell phone, although this dangerous habit while driving, has been banned in the state. It is a frightening view, as we cautiously maintain our driving distance a few car lengths behind, for we were taught this was the safe way to drive.

Could it have been so many years ago? Was maintaining a safe driving distance a practice followed in the long since past? In trying to keep our distance, there are angry drivers, both men and women, who creep within a car length of our bumper and gesture, sometimes with obscene hand signals, to move us on. At their first opportunity, they zoom past with a satisfied expression on their face. Sometimes a driver will glance over with a superior kind of disgusted shake of his head as if to say, “What are you doing driving?”

Our coordination and reflexes are still good. But we’re not foolhardy, either. In the past we have seen car accidents that shouldn’t have happened. When will dangerous drivers ever learn? Does it take first-hand experience? They sometimes drive as if they were infallible, and of course, that isn’t true. There is nothing left to do, but remain patient, watching and hoping for their safety, as they dart ahead and whiz by on their hurried journey.