Posted on September 9, 2015 by Ernest in Arts & Literature

According to the department of justice, the United States has just a little over two hundred thousand unsolved murders. As far as missing persons, the current number is almost ninety thousand. Mysterious unidentified killers are in the midst of everyday people and yet they seem to be hard to identify. 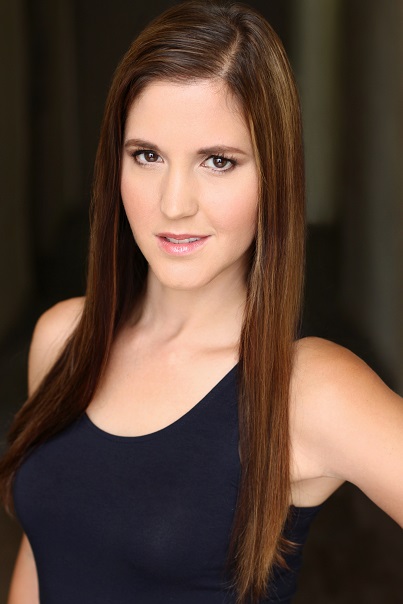 In the early 1930s, Cleveland was terrorized by a serial killer who seemed to use the same techniques on his victims, one of them being decapitation. This person is known as the Kingsbury Killer. Until today, 13 were killed and no one was ever arrested. The worst part of this situation is that all official police records have been lost, destroyed or removed. Can we go back into history to find answers or will we be in the dark forever?

Maybe an upcoming film will explore this issue and provide some insights. Meet Deanna Sherman, an actress starring in the feature film The Kingsbury Run that is about the Cleveland torso murders of the ‘30s.

Michell: Please tell us about the movie you are going to be in and the role you are playing.

Deanna: This film is influenced by the Cleveland torso murders of the 1930s but with the writer’s own special twist. I play a detective named Camilla who is trying to solve these murders. She enlists the help of a former detective that was originally on the case. There are twists and lots of characters to keep you guessing who the killer is in our story.

Michell: Why is this story so interesting for you to act in?

Deanna: I’m born and raised in Cleveland and since this film is influenced by actual Cleveland history, it was very appealing to accept the role. It’s also different from other roles I have played before—best friend, killer, sister, etc.

Michell: According to an article from the police museum in Cleveland, Ohio, Eliot Ness had a suspect for a long time who taunted him after the horrendous killings stopped. In addition, mentioned in the article was that body parts from some of the victims were found outside very close to where Elliot Ness worked. I have heard that criminals return to the crime scene eventually. During the 1930s, it was a very gruesome time for Cleveland with the mafia and its strong hold on the city. Do you think that the murderer could have been a mafia hitman?

Deanna: Anything is possible, but without knowing all of the facts, it’s hard to say exactly. With that being said, there wasn’t even enough evidence to go on to even solve the crimes—which is scary.

Michell: Do you believe that these crimes can indeed be solved if approached the right way?

Deanna: This is possible as well. I filmed on a show called Homicide Hunter earlier this year, which is hosted by an ex-homicide detective named Joe Kenda. He solved over 350 homicide cases. I wonder if he was around in the 1930s in Cleveland, whether he would have cracked the case.

Michell: What have you learned since being a part of this film?

Deanna: We are still in pre-production, but I learned about the torso murders since becoming a part of it. As a Cleveland resident, I wonder how I didn’t know about this piece of history before; but it’s incredibly intriguing and interesting.

Michell: What are some of your long-term goals?

Deanna: I don’t have a goal to be famous like many actors because that would take my privacy and my family’s privacy away. I just want to keep doing what I am doing—getting paid to do what I love. I’ve been fortunate to have some great opportunities so far, such as several shows that air on the Investigation Discovery channel, speaking role on SAG feature film from Los Angeles director Steven Caple Jr. called The Land, numerous independent films, commercials, and corporate training videos.

Michell: Do you as an actress support any causes?

Deanna: I support my father every year as he bikes 150 miles for Multiple Sclerosis, but in the past have done races for Breast Cancer and was a donator to the Humane Society.

Michell: What are some of your favorite things to do?

Deanna: Of course acting is high up on the list, but spending time with my husband and children is number one. My family is incredibly supportive and sometimes my 6-year-old daughter gets to act with me; she will in this film as well. My other hobbies include watching The Ohio State Buckeyes football team, running, and photography.

Michell: If you could make your mark in this world, what would it be?

Deanna: Honestly, I just want to be a good mother, wife, and entertain people on the screen. J

If anyone wants to support the film or keep up with what is going on such as casting calls for extras here are the websites to check out:

Michell Spoden is the author of Stricken Yet Crowned and is also pursuing a transitional housing project for woman with an agricultural aspect. She has a degree in Business Science Administration and is finishing her bachelor’s in Project Management.

The Kingsbury Run (2017) Trailer from WLFK Productions on Vimeo.