Diamond may not be the hardest known substance on this planet after all, for a new study by researchers in Houston, Texas, finds Carbyne as the hardest substance. 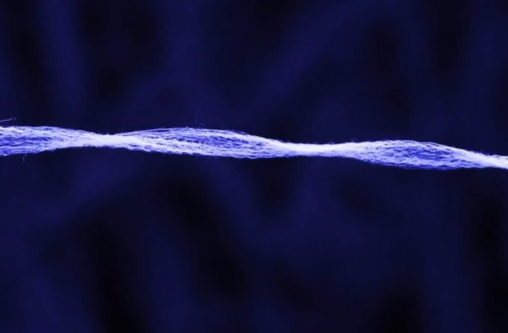 Yakobson termed Carbyne as a form of “ultimately thin graphene ribbon” as it has three non-bonded electrons, chemically denoted as R-C3. This substance has been an object of scientific inquiry since it was found in some meteorites and dust from the outer space. The actual history of Carbyne goes as far back as the 1960s when it was first synthesized in the Soviet Union. The new research on its properties at Rice University, however, has suddenly rekindled great interest in its study.

Previously, diamond and graphene, both chemically consisting of atomic carbon, have been ranked as the hardest known substances on earth. Diamond remained the hardest known substance on earth for centuries until the year 2004 when graphene was isolated by physicists in Manchester, UK, and Chernogolovka, Russia. Estimated as 200 times stronger than steel and significantly tougher than diamond, graphene was frequently termed the “miracle” and “wonder” material. It took the attention of inventors by storm who, all over the world, soon started experimenting with its use in all areas, ranging from energy-efficient buildings to treatment of living human tissues.

Ideas for design and use – both scientific and commercial use – follow immediately with each new discovery as discovery is more often a precursor to invention. With Carbyne emerging as the new “super” substance, the question playing in the minds of scientists, designers, and engineers is its use in different fields.

In its story on Carbyne’s properties as the hardest substance, International Scientific Times quotes Extreme Tech that Carbyne can possibly be used in nanoelectronics as well as for storing hydrogen or manufacturing high-density batteries.

The big challenge that physicists and engineers face now is synthesizing Carbyne in bulk, preferably at room temperature. Despite some demonstration of synthesis of the substance at room temperature, preparing it in bulk has not been figured out and only further research can lead to such possibilities that would allow large-scale or commercial applications of this new “super” substance. At the same time, scientists already have started thinking of the possibility of synthesizing such one-atom layers of elements other than carbon.

Whether Carbyne or other elements, contemporary inventors will have the benefit of computer simulations and invention prototype services to aid in better exploring and gaining insight into one’s invention idea. Study of Carbyne is just one example of how useful computer simulation and modeling can be to researchers and innovators.

Edward Lakatis writes for Idea Design Studio, an invention development company. He is passionate about all things related to invention, and helping other inventor’s realize their products potentials. More of Edward’s writing can be found on http://ideadesignstudio.com/.