In Spirit: My Own Living Ascension into Heaven and Return to Earth

Posted on April 24, 2011 by victor in Guest Blogger, Spirituality 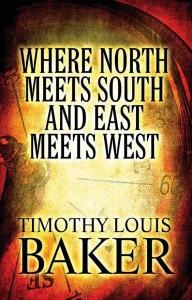 I was poor and fatigued on my hitchhiking journey all across North America but I was sharp-minded enough to realize that I was visiting Heaven. As everything changed in my surroundings about me, I was not on the same earth in life as we now know it. I was even touching the celestial body of a woman I had met days before but we had since parted ways.

After a life full of much toil and many hardships, this ascension into actual Heaven was perfect in every way. I had imagined this to be how it would be. I had been lying in a bed of an old dilapidated shack where I had found a place to work nearby. Then suddenly my body and Heavenly paradise joined together so fully and everywhere about me that I was no longer on this earth as we know it; I was visiting Heaven as it will be again someday. That is when I will return there in my celestial body and again venture forth into eternal life.

After my firsthand in the flesh experience there Heaven can best be described as where everything and everyone live forever perfectly with no evil. No evil means no sin and no sin means eternal life.

After returning from there, from paradise to this life on earth, I never had to wonder why there was life on earth as we know it and a Heavenly life also. I knew that there were more reasons to God for this than there are lives or time in Heaven and earth on both sides. I was then aware that every little molecule in all infinity had the same eventual eternal average quality as any other one of them and that all would equal in this aspect as an average in eternity. 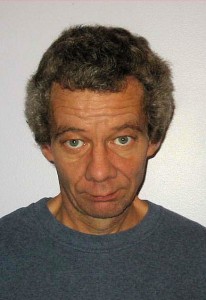 Since I had just survived a transfiguration from earth to a visit in Heaven and had safely returned, alive, I knew that there was more reason for it than just for my own personal satisfaction to be filled. I knew that one day I would be called upon to share and express myself about this and that is what I’ve finally been able to do by writing my autobiography Where North Meets South and East Meets West

Timothy Louis Baker has lived a life wide open to adventure. Growing up on a farm, he learned the good work ethic but when he was 16 years old, he became involved in crime, drugs, and hitchhiking. Later, as a grown man, he started to find places in the mountains to go to live, returning back to his hometown primarily only when he was needed to help with the farm work. He has been in juvenile, jails, prisons, mental institutions, and presently a group home. Now he is a member of Narcotics Anonymous helping which is him help himself in his present life. Read more about him and his works.

0 thoughts on “In Spirit: My Own Living Ascension into Heaven and Return to Earth”