How Does Fracking Affect Your Home & Property?

Posted on November 13, 2013 by Ernest in Environment, Home and Garden

In recent years, there has been some discussion about a process called fracking and the effect it has on homes. Read on to find if — or how — fracking affects your home. 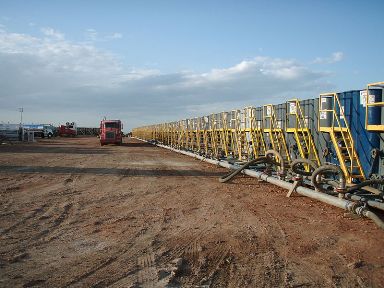 Fracking, otherwise known as hydraulic fracturing, is a process which procures natural gas out of rocks located far beneath the ground. In order to extract the gas, rocks must be broken or fractured to increase the flow of the released gas. Drilling techniques today are much more sophisticated than they used to be; in the past, companies would simply detonate buried rocks to collect gas.

Today, fracking occurs via a horizontal drilling process where engineers inject millions of gallons of water directly into shale layers in order to fracture the shale and release gas. Sand is inserted to keep these fractures open. Also, chemicals are added to the injected water to kill bacteria and dissolve minerals that could potentially block the well and prevent the outflow of gas.

How Does Fracking Impact Your Home?

The fracking process includes detergents, acids, and poisons that are unregulated by federal law. These toxins can contaminate drinking water, which could cause serious health problems. Also, if methane gas escapes out of gas wells and enters the environment, it can cause potentially deadly explosions.

Additionally, water from below-ground gas wells typically returns upwards to the surface with small but measurable amounts of salt and radioactive elements. Reportedly, injection of this brine substance into the deeper wells for disposal purposes could potentially cause small earthquakes. If an earthquake were to occur, it could cause damage or destroy your home.

The process can take a toll on structures and homes: fracking has reportedly led to cracked walls, crumbled mortar, and cracked foundations in homes due to vibrations emanating from the drilling rigs. People living in or near fracking areas have also reported that they have been experienced headaches, nausea and other illnesses.

An unfortunate consequence of fracking is that it can cause a reduction in property value. This is a growing problem for people who live near places where fracking is occurring. For example, Duke University economists conducted a joint study with the non-profit organization Resources for the Future, and found that Pennsylvania homeowners who drank from local groundwater lost up to 24 percent of their home values if they lived within one and a quarter mile of a shale gas well.

Opinions are divided over whether fracking is necessary. People in favor of fracking tend to extol its economic benefits. They cite the benefits of having natural gas, often arguing that natural gas burns cleaner than coal. They also point out that millions of jobs are supported by the oil and gas industries, and they assert that the creation of many new jobs depends on fracking. People who are not in favor of fracking often focus on the aforementioned detrimental consequences of fracking and how it can negatively impact homeowners and their property.

This article was written by Kelly Elder, environmentally-conscious live-in nanny. Kelly reminds you that fracking can affect your piping, plumbing, and tap water. If you’re interested in the cost of a water heater replacement or interested in knowing how fracking-related issues can be avoided, Kelly recommends Southern Plumbing.