The Patient Protection and Affordable Care Act of 2010, known as Obamacare, was a tent poll issue of President Barack 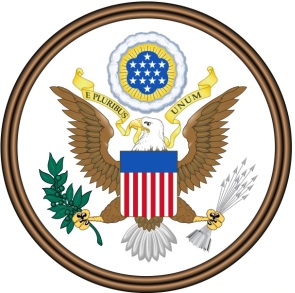 Obama and one that he fought hard for passage. The law, whose main provision of guaranteeing coverage for all Americans regardless of their health status goes into effect on January 1, 2014.

Several lawsuits have been filed in the federal court system, making their way up to the United States Supreme Court in the case National Federation of Independent Business, et al. v. Sebelius, et al. The Court decided by a 5-4 vote that the law was constitutional and the ability to require individuals to purchase insurance was within the taxing authority of Congress under the Commerce Clause. Chief Justice John Roberts, in a surprise to many, wrote the opinion on behalf of the majority.

With the law set for full implementation some provisions, such as children being permitted to stay on the policies of their parents until age 26 and the elimination of lifetime maximums on new health insurance policies, have already been implemented. The individual mandate, which is the most controversial aspect of the law, will be what impacts health insurance in this country greatly.

What Health Care Consumers Should Expect

If a person without prior coverage chooses not to purchase or obtain coverage, they will be subject to a penalty that is the higher of an amount equal to around $100 or one percent of their income, on an individual basis. This amount will increase to 2.5 percent of income over the Federal filing amount or $695 in the year 2016. The idea behind the penalty is to encourage more Americans to switch from using overburdened hospital emergency rooms as their primary care option.

The individual mandate continues to be the biggest controversy associated with the Act, along with Medicaid expansion for the poorest Americans for them to receive health insurance benefits. The expansion of Medicaid, thought by some conservatives as being done at the expense of seniors participating in Medicare, has caused some states – ten in all and all led by Republican governors – to reject expansion for their residents and turn down the additional funding being provided by the Federal government.

One of the President’s harshest gubernatorial critics, Republican Governor Jan Brewer of Arizona, created a controversy within her own party and state when she threatened and upheld a veto of all new legislation in Arizona until the state’s legislature voted to accept the dollars from the Feds as part of Medicaid expansion[2]. Controversies such as the expansion of Medicaid will continue as the remaining pieces of the law go into effect, but the expectation that of the 45 million Americans currently uninsured, that number will drop to 25 million by the year 2019.