How Much Oil Does the United States Produce?

Posted on September 26, 2013 by Ernest in Commentary, Environment

The world oil market is constantly changing, and for the past two decades, U.S. oil production has been steadily 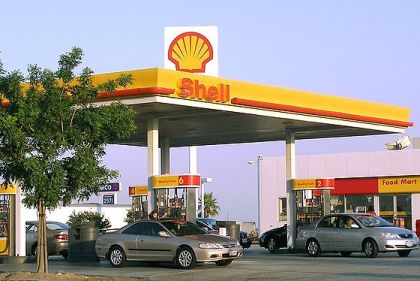 increasing. In 2012, the United States only imported 40 percent of the petroleum that it consumed. This is the lowest level recorded since 1991. However, the United States is still the world’s largest consumer of petroleum and does not produce enough to fulfill its consumption rate.

The United States is actually a net exporter of refined petroleum products. In 2012, petroleum products such as diesel and jet fuel, gasoline, and heating oil were imported at a rate of 2.1 MMbd annually. In that same year, U.S. refinery plants exported 3.1 MMbd of products. The manufacturing sector accounts for the vast majority of U.S. oil exports.

The United States does rely on foreign oil but it may be surprising to learn that more than half of the crude oil and petroleum products imported to the United States originate in the Western Hemisphere. Only 29 percent of the total imports of crude oil and other products were imported from Persian Gulf countries. Canada and Saudi Arabia are the largest sources of crude oil imports. The top five sources of net crude oil and petroleum product imports in 2012 were: Canada at 28 percent, Saudi Arabia at 13 percent, Mexico at 10 percent, Venezuela at 9 percent, and Russia at 5 percent.

Since the demand for domestic oil has sharply risen in the 21st century, U.S. oil companies have aggressively sought new sources of proved reserves. These reserves are estimates of reasonably recoverable hydrocarbon resources under current economic and operating conditions. The controversial methods of horizontal drilling and hydraulic fracturing within shale have dramatically increased estimates of proved reserves existing within U.S. borders.

The amount of proved reserves is highly dependent upon economic conditions. As gas prices become higher, it becomes more feasible to extract oil from more areas and thus the analysis of existing oil fields changes. More money per unit means that more areas can be profitably mined for hydrocarbon resources.

Engineering developments also figure into the calculation of proved reserves. Tight oil plays were formerly not economically feasible to extract but improvement in the process as well as changes in the economic conditions surrounding the wholesale price of petroleum have made these large deposits attractive to investors. Tight oil plays are petroleum-bearing formations with low porosity and permeability and must be fractured to produce oil at a viable commercial rate.

The environmental ramifications of hydraulic fracturing to produce petrochemicals domestically have been hotly debated. One to eight million gallons of water are required to access the oil contained shale. This water is combined with toxins and carcinogens to create the fracking fluid. The process releases methane gas, which has resulted in a 17-fold increase in methane contamination in the drinking water of the surrounding communities.

Since most of the new proved reserves within the United States require the use of fracking, it is debatable that much economic benefit will be created from the process. Healthcare costs and environmental cleanup may make fracking unattractive over time. The United States may need to continue to import petroleum or decrease consumption.

Miranda Tulsi is an environmental studies major and alternative energies advocate. If you’re interested in finding out more information on Oil Rigs and their uses, Miranda suggests checking out Gulf Land Structures for more information